Using his prodigious power off the tee with his 2017 M1 driver and brilliant putting with his Spider Tour putter, Johnson becomes first player to win each of the four WGC events.

Coming into the week with wins in consecutive starts, world #1 Dustin Johnson showed no signs of letting up, completing his week with a perfect 7-0 record and capturing the WGC-Dell Match Play Championship for his 5th career WGC title. Fellow TaylorMade stablemate Jon Rahm, who also finished 2nd to Johnson at the WGC-Mexico Championship, once again finished runner-up, continuing his rapid ascent up the Official World Golf Rankings.

DJ's driver setup hasn't changed since he first put it into play during his win at the Genesis Open at Riviera. He plays the '17 M1 460 driver with the Fujikura Speeder Evolution 661 X Tour Spec 2.0, the same he used last year. His actual loft is 11*, which along with his weight settings, allows him to hit his preferred shot shape: the high fade. 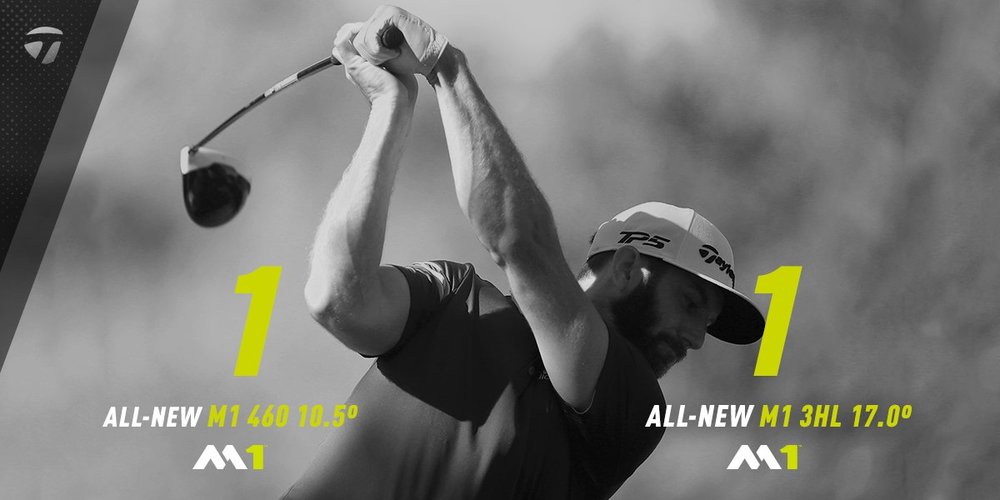 An interesting note regarding DJ's bag lies in his '17 M1 fairway. It's cut to a 5 wood length (1" shorter than standard) and set to 17* of loft. Dustin carries it 280 yards, which is the exact number he's looking for in his 3 fairway. As you can see below, his weight is set toward toe much like on his M1 driver.

DJ's wedge setup often changes week to week depending on the conditions. So far this year, he's gotten comfortable with his TP MB PW along with a 52* & 60* combination in the Milled Grind wedges, which he added to the bag as soon as the Tour truck had them available. He once again played these two lofts throughout the tournament.

Similar to World #3 Jason Day, Dustin Johnson plays the Spider Tour Black putter, which he first put into his bag at last year's BMW Championship (he won). DJ prefers its firmer insert to Jason's Spider Tour red model. Also notable with the win, Spider becomes the most winning putter model on tour in the last 9 months, starting with Day's win at THE PLAYERS last year; a truly remarkable feat for the category.

- Dustin plays the all-new M1 460 2017 driver, which he first put into play at the Genesis Open at Riviera en route to victory. His shaft setup has remained consistent - he uses a Fujikura Speeder Evolution 661 X Tour Spec 2.0, the same he used last year.

- Johnson plays the Spider Tour black putter, which he's used to much success since late in the '15-'16 season. This was the seventh consecutive week that Spider was the #1 putter model on PGA TOUR.

- TaylorMade once again won the driver count at the WGC-Dell Match Play Championship with 22 of 64 drivers in play.

- This was the fifth win this season for the new TP5/TP5X ball, with Johnson having 3 of them. Rahm and Garcia have also won this year with the new ball (Rahm: TP5x, Garcia TP5).

- Johnson's win is the 11th win in 14 weeks for TaylorMade's '17 M drivers, more than any other manufacturer. 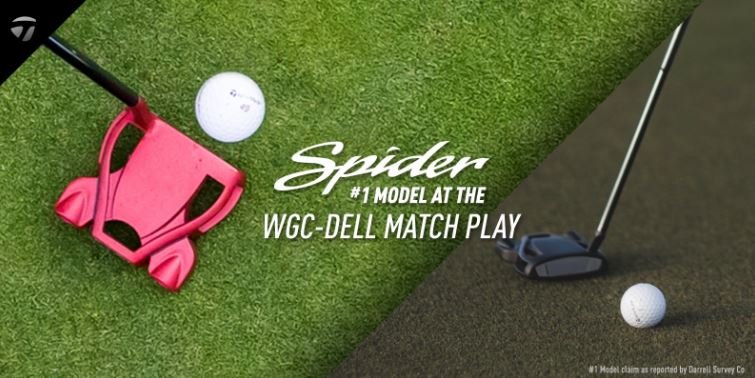 Spider was the No.1 putter model at the WGC-Dell Match Play Championship, the 7th tournament in a row it's held the top spot.