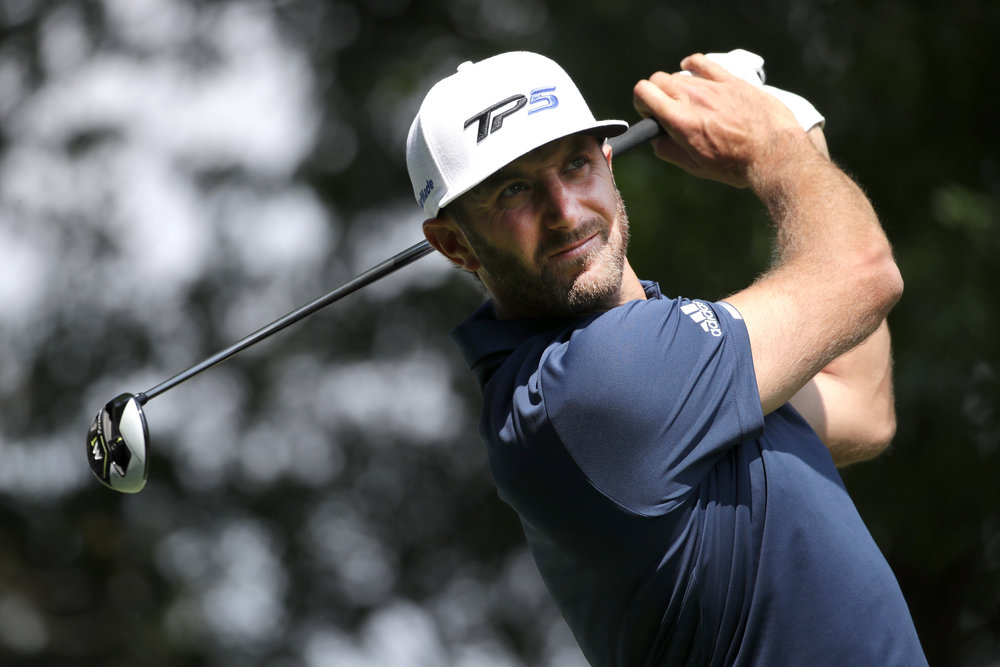 After recently adding the '17 M1 driver and TP5x golf ball to his bag, it was DJ's '17 M1 3HL fairway that he first put in the bag at Riviera that was key for him at Club de Golf Chapultepec's high altitude. Dissimilar to a standard length, DJ's fairway is cut to a 5 wood length (1" shorter than standard) and set to 16* of loft. Dustin carries it 280 yards, which is the exact number he's looking for in his 3 fairway. He has it equipped with a Project X HZRDUS T1100 shaft in it, which he first put into play at the Farmers Insurance Open. 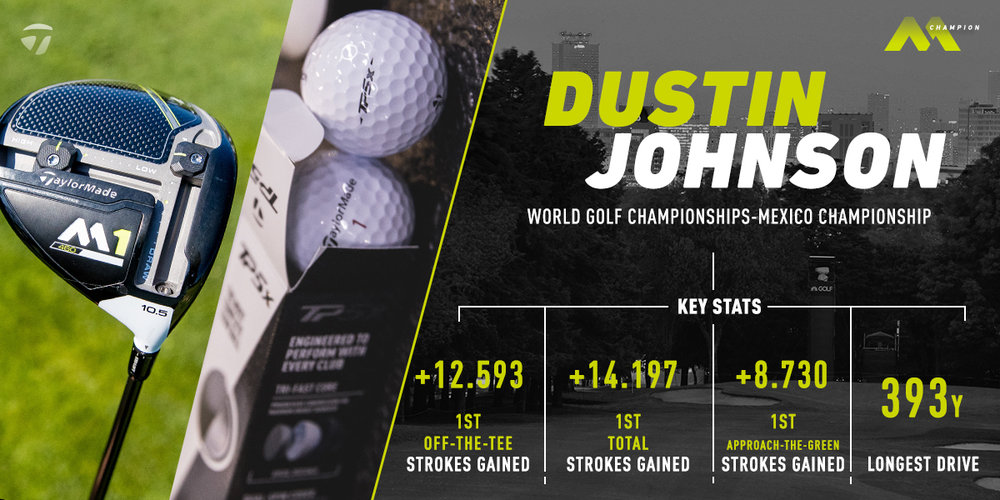 DJ's wedge setup often changes week to week depending on the conditions and shots he'll be faced with on the course. So far this year, he's gotten comfortable with a PW, 52* & 60* combination in the Milled Grind wedges, which he added to the bag as soon as the Tour truck had them available.

Similar to World #2 Jason Day, Dustin Johnson plays the Spider Tour Black putter, which he first put into his bag at last year's BMW Championship (he won). DJ prefers its firmer insert to Jason's Spider Tour red model. Also notable with the win, Spider becomes the most winning putter model on tour in the last 9 months, starting with Day's win at THE PLAYERS last year; a truly remarkable feat for the category. 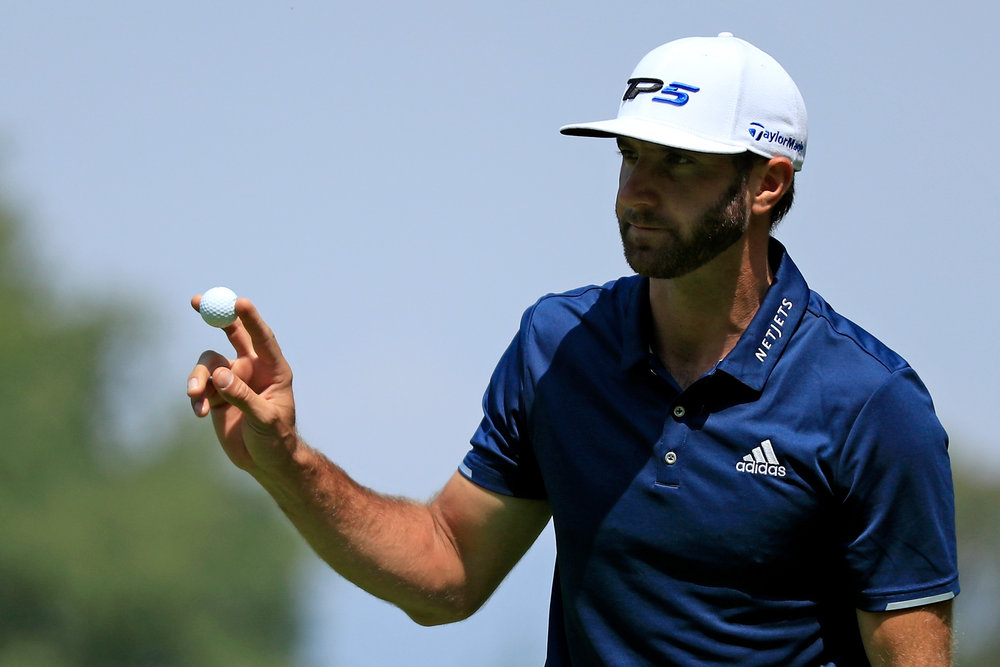 - In winning the WGC-Mexico Championship, Johnson became the fifth player to win his first PGA TOUR start as world No. 1.

- Dustin plays the all-new M1 460 2017 driver, which he first put into play at the Genesis Open at Riviera en route to victory. His shaft setup has remained consistent - he uses a Fujikura Speeder Evolution 661 X Tour Spec 2.0, the same he used last year.

- Johnson plays the Spider Tour black putter, which hit stores last Friday. This was the fourth consecutive week that Spider was the #1 putter model on PGA TOUR.

- TaylorMade once again won the driver count at the WGC-Mexico Championship with 30 drivers in play - a dozen more than the nearest competitor.

- This was the fourth win this season for the new TP5/TP5X ball, with Johnson having joined Jason Day, Sergio Garcia, Justin Rose and Jon Rahm in making the quick switch into the new golf ball. 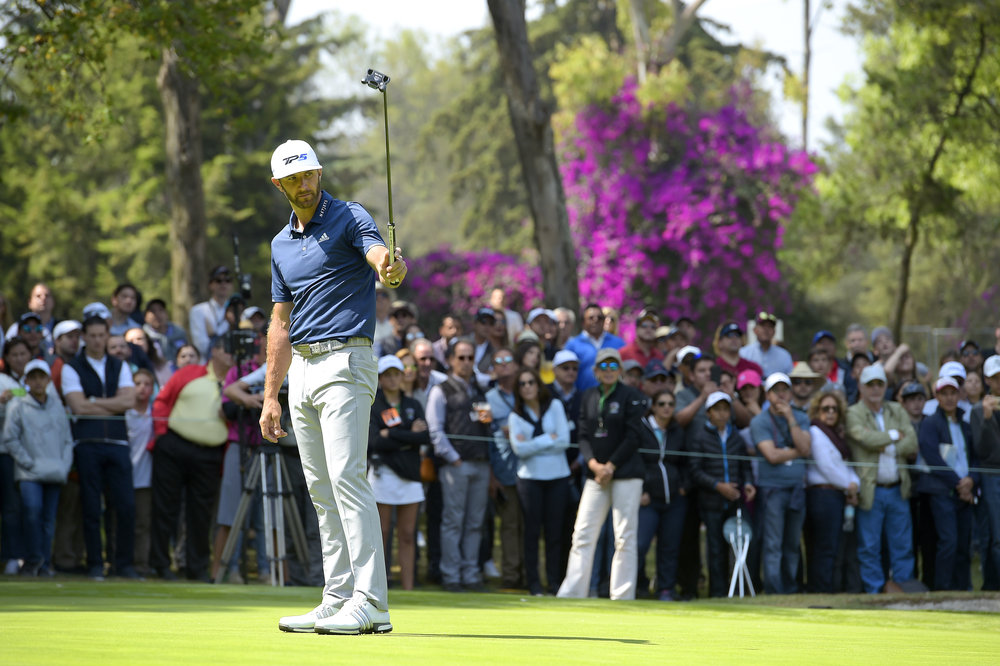 DJ drops another bomb with his Spider Tour Black

Spider was the No.1 putter model at the WGC-Mexico Championship, the 4th tournament in a row it's held the top spot.