Less than 10 months later, Rahm has already won his first Tour event, risen from #551 to #14 in the world, jumped to #4 in the FedExCup Standings, and qualified for his first trip to Augusta.

It has been a whirlwind start to his rookie season, but Rahm has taken it all in stride. He has the mindset of a champion and the composure of a seasoned veteran, yet he still embodies the youthful exuberance of a 22-year-old thriving on the PGA TOUR.

Following his dramatic runner-up finish to Dustin Johnson at the WGC-Dell Match Play, we caught up with Rahm at the Shell Houston Open to discuss his expectations heading into his first Augusta experience. 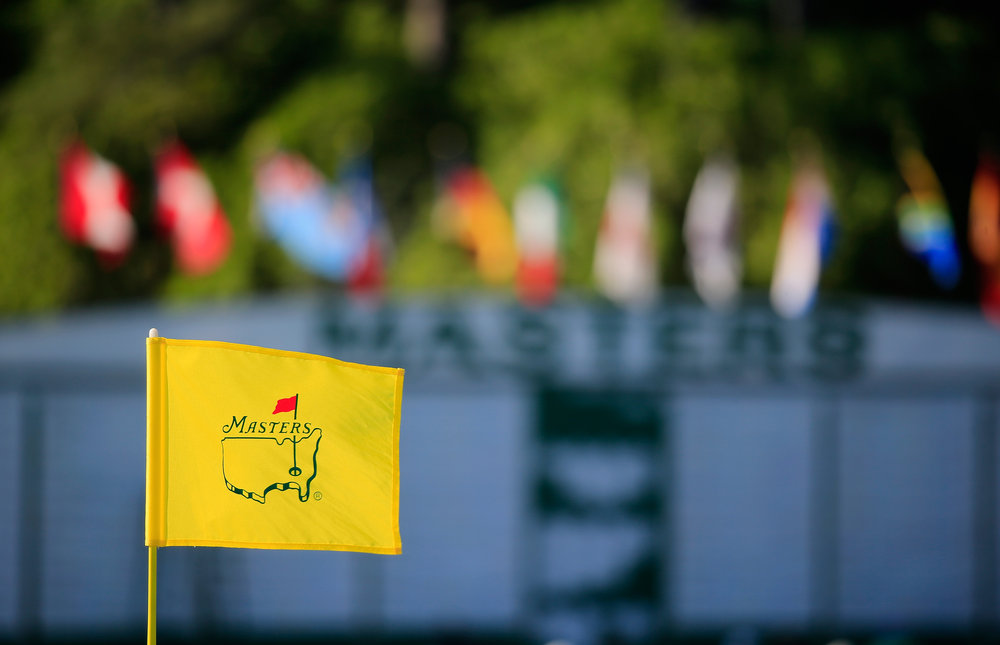 Q: After you won at Torrey, when did it sink in that you would be playing at Augusta?

Right away, obviously! It's not only the Augusta though but it’s really all four majors, it's the WGCs, and it’s THE PLAYERS.

It just struck me all at once like holy crap. Something I had wanted my entire life had already been achieved in the first third of the year. 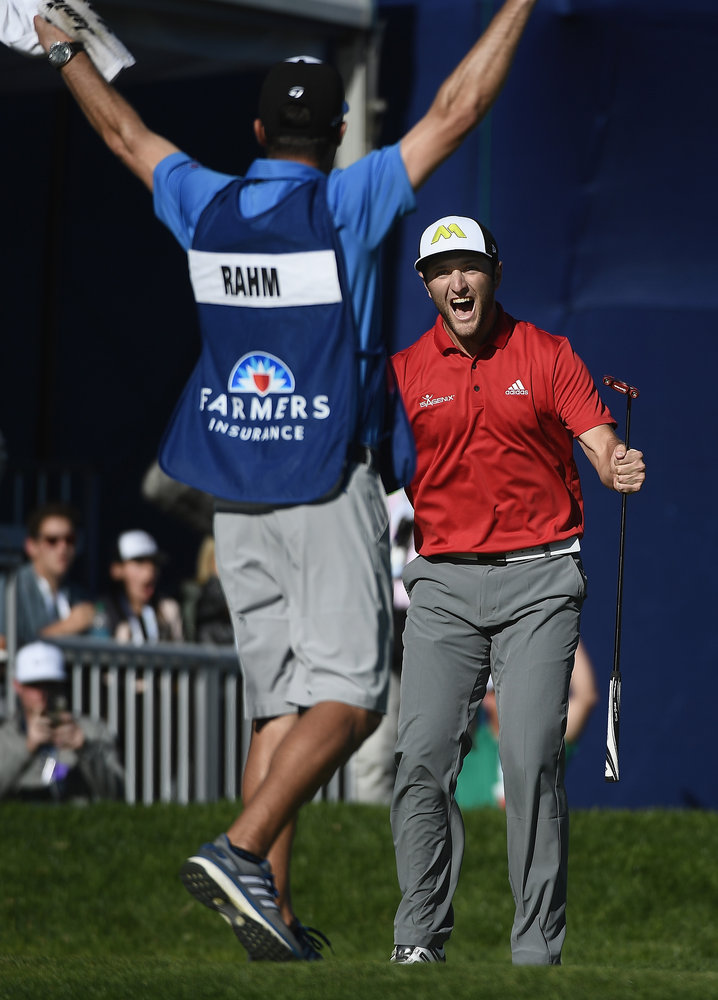 Q: What was it like when you received your invite to Augusta National in the mail?

I still haven't gotten it! It's something I'm still looking forward to... It's probably in my mailbox right now, but I haven't seen it yet. I got the e-mail invite, but not the actual invite.

Hopefully they still let you in...

I really hope they let me in!

Q: You recently traveled to play Augusta National for the first time. What were you feeling when you drove down Magnolia Lane?

Well, I was there to work. I went to the course to learn from the experience so I can play my best. I was thinking more along the lines of how cool it will be when it's actually here and I’m heading down Magnolia Lane, but I was still extremely excited. I was really pumped and I had to try to compose myself because I was at Augusta—I didn't want to look like a lunatic around there. 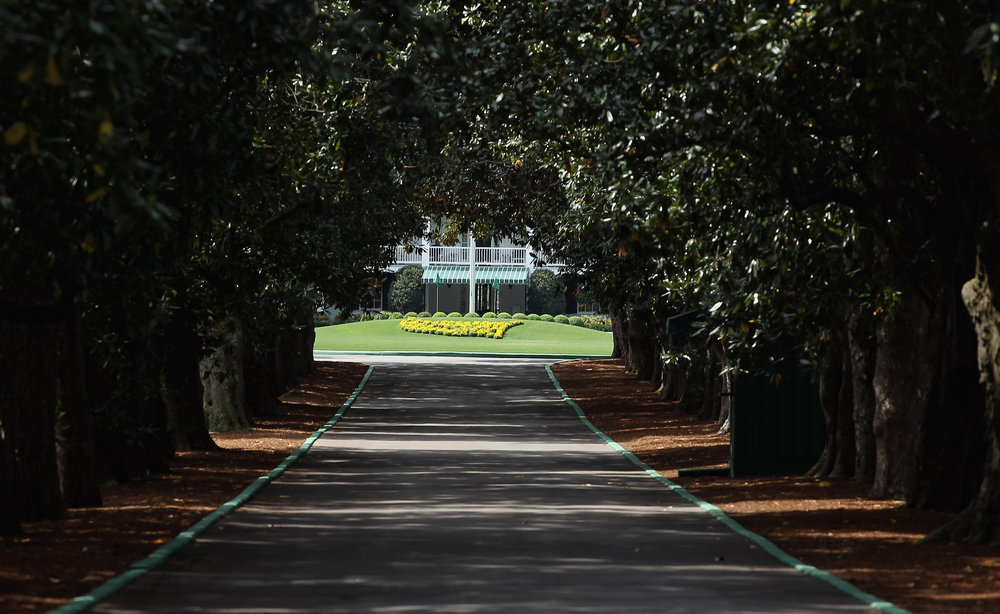 Q: Once you got onto the course, how did your first impressions compare to what you've seen on TV?

It was very different. It looked a lot narrower and a lot more difficult than what I expected. The players make it look easy in the tournament, but it was a much tougher course than I made it out to be in my mind. Everyone says how easy the par 5s are at Augusta—but after I played them, I was thinking: man, those are not easy whatsoever.

Q: Beyond the physical characteristics of the course, how would you describe the atmosphere?

It is truly amazing. It's as pure as possible. It's a unique experience from start to finish. The way people treat you there and how well golf is understood is really amazing. It's pretty much like the same core values when you're at the British Open—the respect they have for the game is almost incomparable to anything else. 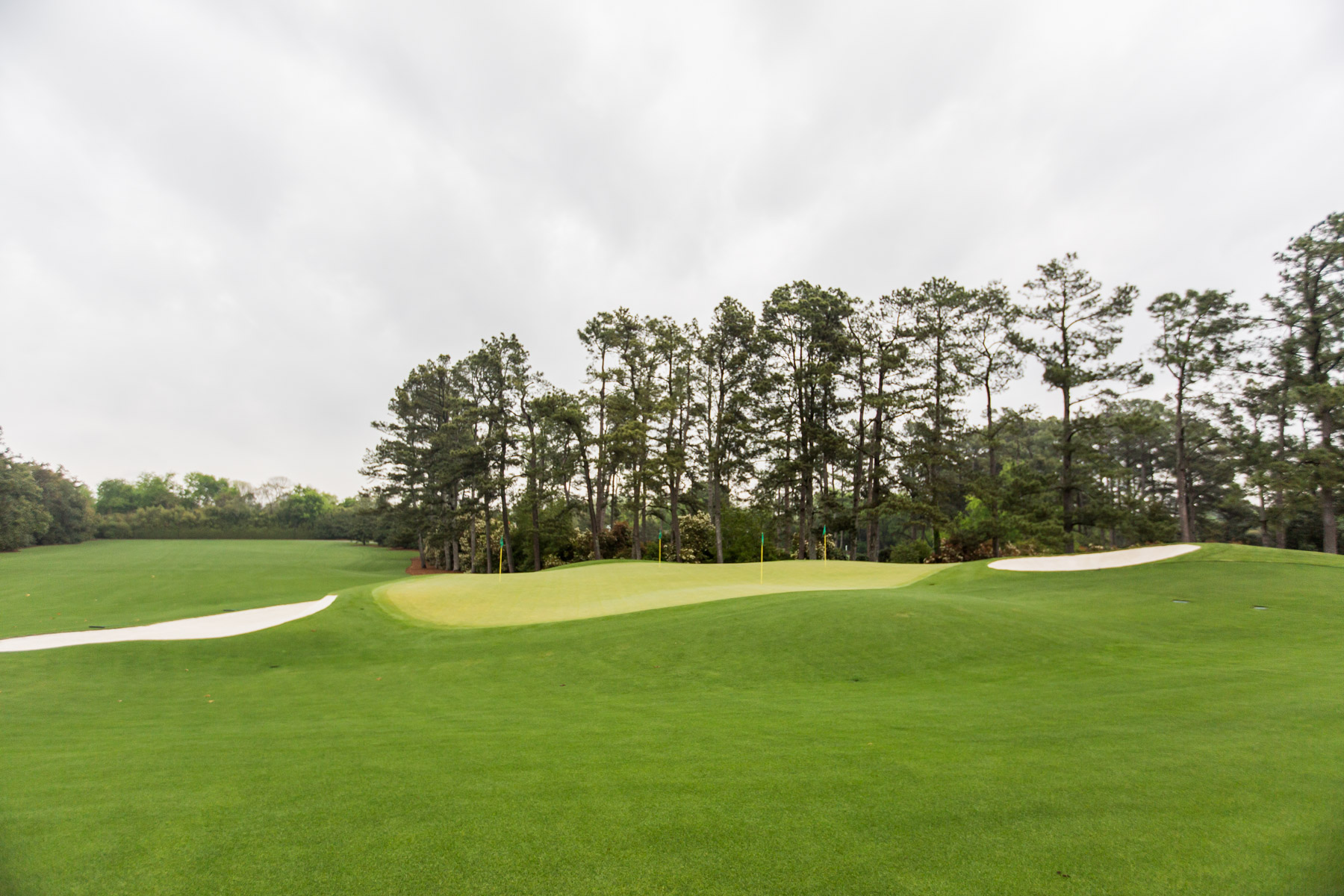 Q: As you played your first round there, how much of it was prepping vs. simply enjoying your Augusta experience as golf-lover?

It's both, obviously. My prep was playing the course, but I also wanted to get my, ‘oh my God, I'm at Augusta’ moment out of the way. I didn't want to show up on the day of the tournament with nerve-wracking emotions and freak out because I'm at Augusta.

Q: How do you think the course sets up for your game?

A: For the most part, almost every hole suits me pretty well besides, maybe, 13 and 14 because you need to hit a draw—I don't usually hit draws off the tee. Besides those two, all the other holes showed that hitting it long off the tee is going to make it a lot easier to hit my second shot. So if I can take advantage of using my driver, I will.

It's been proven that Augusta can be a course for anybody. You have long hitters, short hitters, average hitters, right-handed golfers, and left-handed golfers that have won there. I think the one thing that's consistent is you need to have a good short game to win. 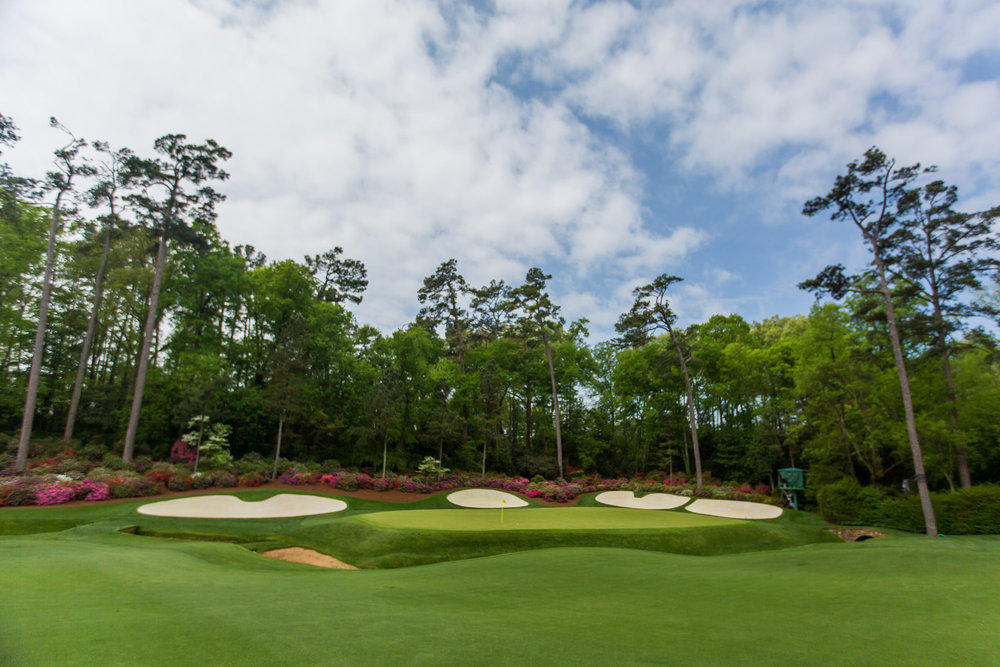 Q: Speaking of short game, what were your impressions of the greens?

Well, they weren't as fast as they usually are. But they had some tricky slopes because there were a couple times where my local caddy told me, "You have to aim this about 15-feet right." I didn't see that break at all, and I usually can read the break pretty well, but he was right about... 100% of the time.

For me, playing that kind of massive break, I love it. I usually putt really well when I have putts with a lot of slope because I forget about the hole and just focus on the spot where I want to hit it.

That sounds a lot like the eagle putt you had on 18 at Torrey to with the Farmers Insurance open.

That was more of a hit and hope... no, I'm just kidding. Yeah, it's similar. When you have a putt that’s about 60 feet and you only have to hit it about 15 feet, it makes it that much easier to me. At Augusta, there are times where you only need to play it 3 feet and it will roll out 15 feet, so if you read it properly, you can make some putts. 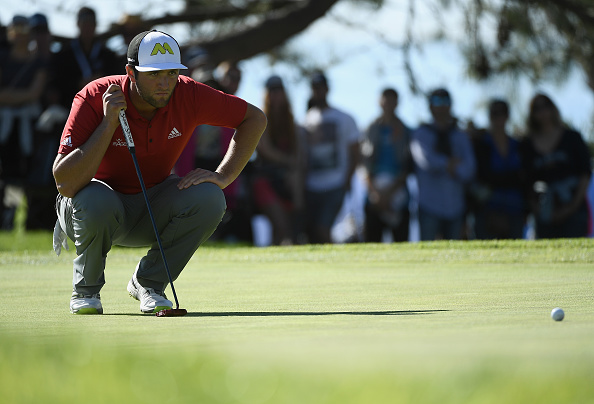 Q: At this point, do you have a set game plan for how you'll attack the course?

I have an idea, but not an established game plan. The course changes quite a bit, so it will depend on the wind and on how I'm feeling. Let's just say we have a rough draft at this point.

Q: Through 36 practice holes, how well did you play and what did you shoot?

I played pretty poorly in my first round. My swing wasn't quite what I wanted, so I didn't play well at all—I wasn’t even counting. The second round, I made an effort to keep my score. I shot 3-under on the front and even par on the back with a bogey on 18.

I tried to focus a little more on the greens during that second round—getting used to the undulations and properly reading the breaks. And based on my front nine, I was able to show myself that I can play well at Augusta and that it can be scoreable, but you still have to be careful because any mistake can cost you out there.

Q: Beyond competing for a green jacket next week, what are you most looking forward to about your first Augusta experience?

I'm excited to play the par-3 contest. It sounds like a lot of fun, and I would love to be a part of it.

Q: What are your expectations heading into next week?

My expectations are the same as any other week. I play every week to win. But it will still be a special week for me, so I need to try to be mentally strong and stay focused on playing the best I can.

Spain has been waiting a long time since it's last major, so it would mean a lot. I don't really know what the reaction or the magnitude of it would be... but to me, it would mean the world. I've been dreaming of winning a major championship for a very long time. And if I could get it done in just my third major and my first time at Augusta—I can't even explain how I would feel because I just don't know.

Q: After having played a couple rounds there, what would you say is the most important club in your bag to play well at Augusta?

I gotta say my Spider putter. You can be a loose cannon off the tee and still win. Obviously, it helps to hit it straight, but you need to make the putts at the end of the day. 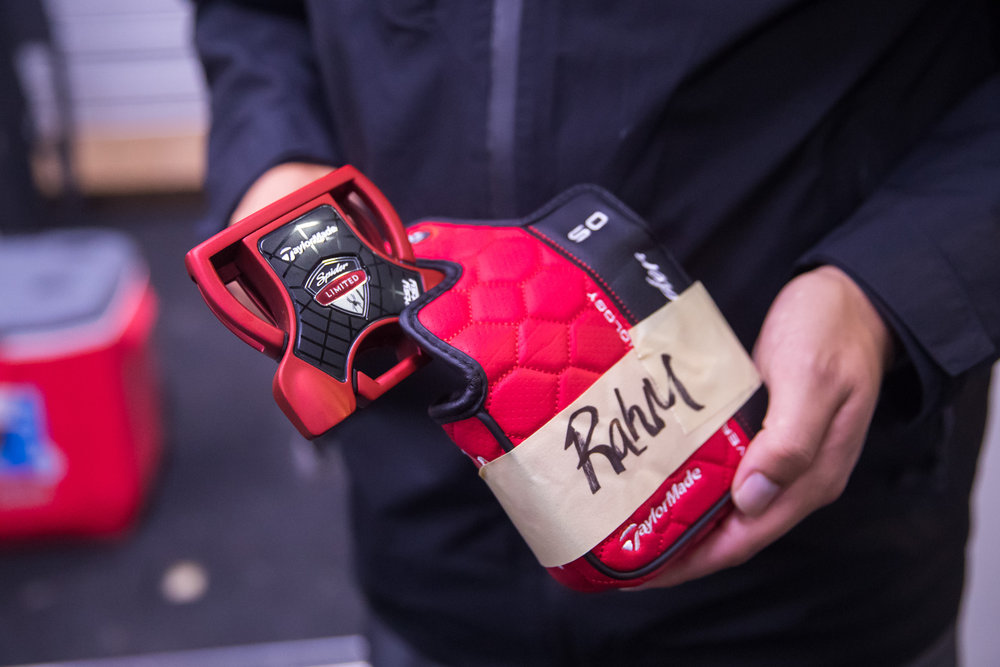 Q: In Houston this week, how are you planning on using this event to prep for Augusta?

It's really just another week. The main reason why I'm playing here is so I wouldn't go back home and start thinking about Augusta too early and build up too much anticipation. I've also learned that the conditions here are usually similar, so if I can putt on somewhat similar greens before Augusta, that will be something I can take away from this week.

Q: With a win already this year and a swift rise up the world rankings, how are you handling the additional attention you are getting from the golf world?

I still don't feel like I am in the spotlight. I just feel like I showed up unannounced, opened the door with a win at Torrey, and now I just want to get into the party.

Welcome to the party, Jon.

Jon Rahm became a top 10 player in the world within his first two years on Tour. In Episode 1/Season 2 of the Team TaylorMade Podcast, Rahm d…  Read more